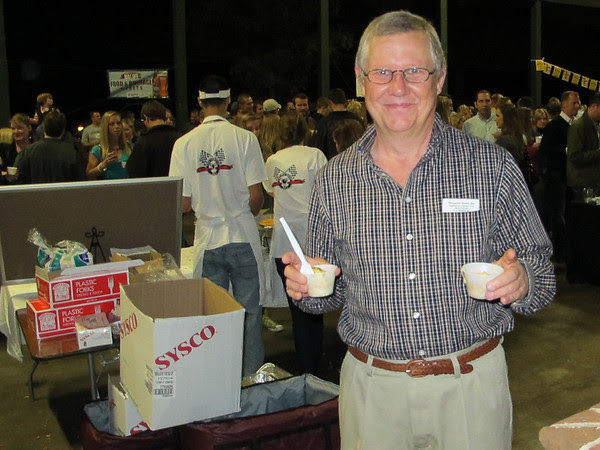 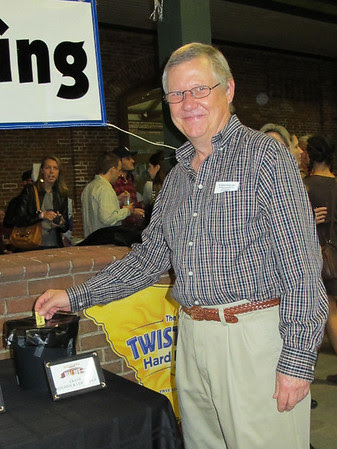 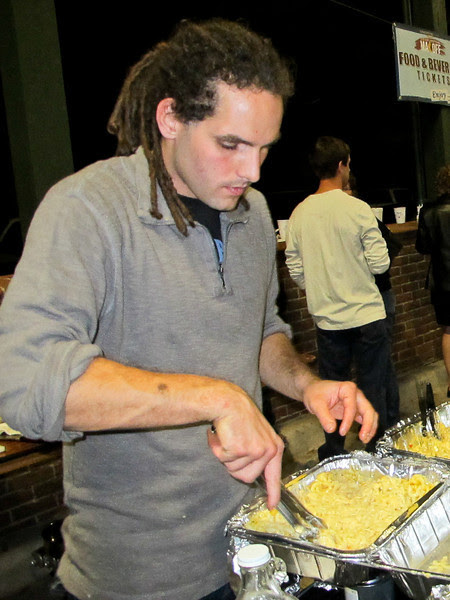 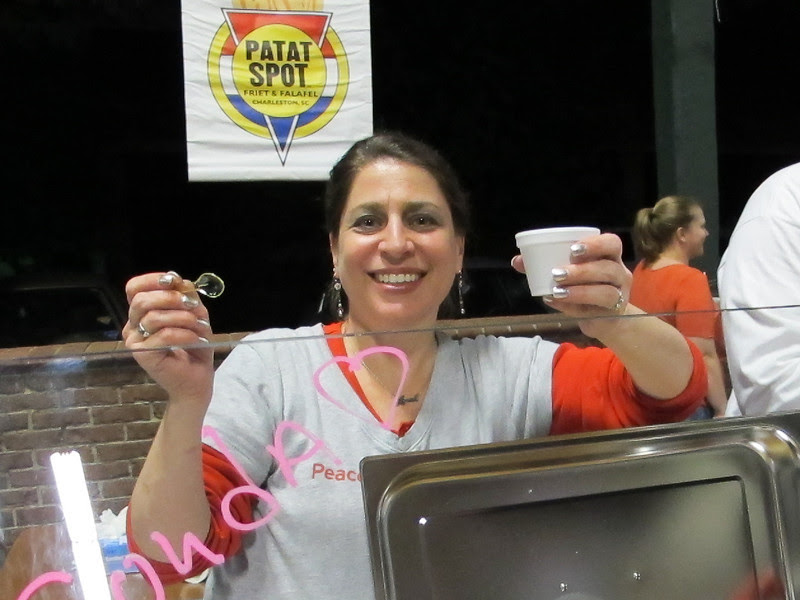 I was afraid the evening was off to a bad start. Mike and I arrived early remembering how crowded the Macaroni & Cheese cook-off was last year. After standing with the other early birds, staff came to the registration table to tell us we were in the wrong line. Half of the crowd seemed to have Groupon tickets and although we did not, all ticket holders were sent around the building to find a long winding line. Sigh. Damn. That was why we went early - to avoid the line. After waiting for about twenty minutes there was a rush of activity and someone seemed to finally clue in that people who had pre-paid for full entry tickets should be able to move along faster. Thank you.

We were still afraid of getting stuck in massive crowds and went around tasting as fast as we could. There were fifteen restaurants but the crowd felt manageable and festive. Some costumes, some kids. There were restaurants that I never knew sold macaroni and cheese and probably still shouldn't. Some was too salty, some too bland. Restaurants that had a gimmick (deep fried macaroni and cheese) like the King St. Grille had the longest lines. I think we tasted almost everything - yes, I am very full, and we both agreed Crave had the best macaroni of the evening and voted accordingly. Good luck folks! Thanks for a fun event.

Posted by Charlestonjoan at 10:44 PM

I'll accept your testimony that is was a fun evening, but I cannot imagine spending time eating mac and cheese. It was a stop-gap meal when my kids were little, and despite lots of experimentation. I never found a recipe that sold me on the dish. Now other pasta dishes...!!

Oh it was so good! It doesn't take much macaroni to fill you up but they give decent sized sample portions. I can never make macaroni for myself because I would end up eating the whole casserole.

Mr. Fish in Myrtle Beach does mac and cheese with crab in it--yum!

Anon - is it good? There was an oyster one at this but Mike said he didn't taste any oyster in his portion.

Macaroni and cheese is a version of fondue without the wine. Glad to hear you had fun and no doubt a headache for the organizers of the event. I think to prepare a fondue ( use a Nappa Valley Chardonnay aged in oak} with a great rosemary garlic baguette from an outstanding local bakery and invite friends over . That would be fun too.