There is a new blogging posse in town! 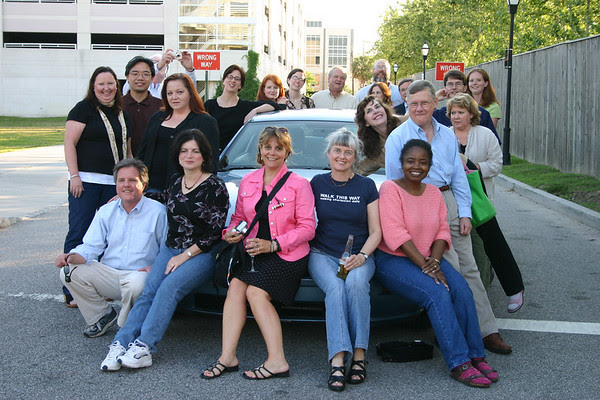 Back in Ye Olde Early Age of Blogging we were a motley crew of writers, newspaper editors, photographers, actresses, technology folks and scientists. It was wonderful for me because it took me out of my usual familiar healthcare circle and shook me up with a new and fascinating cast of characters.

Dan Conover from Xark was working at the Post & Courier at that time and made contact with some of us individually. We had a first gathering of lowcountry bloggers meet up on the patio of the Riverview restaurant overlooking the Charleston harbor in 2006 to sniff each other out and put faces to writers we already knew so much about from their writing. Bloggers gathered outside to pose for a photo op on the pretty blue mustang – the only car with a blog of it’s own - Mustang Rolling. 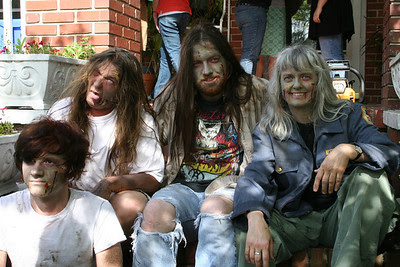 Dan recruited many of us to be in his zombie film Brunch of the Living Dead and I finally did something that made my children proud. Many of the friendships last to this day. Heather developed the Home Ec101 blog into a book, Gene Glave turned her blog into a one women play and sadly passed away this summer, Chuck keeps us current with the music scene, Kelly Love Johnson moved to Austin and Jared is still our weather guru. The scientist moved out of the Airstream, the artist packed up her camper but is still painting and Vera still knits at every event. Eugene kills me with his Friday dinner pictures and the Kittens are still skipping on the keyboard. Notoriously Nice Mike the first lowcountry blogger I met, is mostly nice on Facebook now.

Apparently not! The first recent flurry of new activity were folks like Doug and Susie who had moved to the lowcounty and LOVED it. They posted pictures of the lowcountry sights they were discovering and featured meals at local restaurants.

Now there is a new blogging posse in town! They are young, they are stylish, they work out, cook, they almost all seem to be blonde and every one of them is drop dead gorgeous. Wowza. Check out this picture from a recent blog meet up.

Welcome to lowcounty blogland, ladies! I've been scrambling to add newcomers I discover to my Lowcountry Blog side bar. Holler if I've missed you. 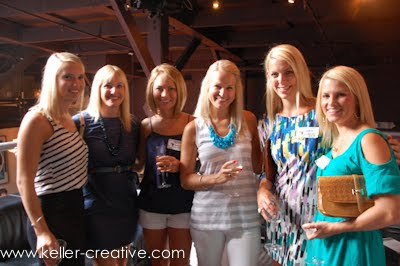 Hmmmm. I feel like a Bloggy Matriarch.
Posted by Charlestonjoan at 8:48 PM

I'm going to steal the first photo because I never got a copy of it. It needs a frame.

I'm not sure to say about the last photo without sounding like a dirty old man but I think you nailed it with "drop dead gorgeous."

I adore the picture of you as a zombie, and I love that you are the only one toting a beer bottle in the top photo - YOU ROCK.

P.S. You are prettier (and more interesting to look at) than all those girls in the last photo put together and slathered in butter. They look like they came from the same cookie cutter, but you are one of a kind!

Mike - I can send you a higher resolution one. I had an album from some of our old meet ups.

Marcheline - Apparently I have natural zombie hair. Heheh. I was pretty happy about that.

What a welcome! Thank you so much, Joan.

Oh I'm so glad I found your blog- and today! I just posted about how I would like to meet more local bloggers! I blog about DIY, life, and Foster Care in Charleston.

I would love for you to link your blog to my latest post!!! http://foryoubylove.blogspot.com/2011/08/locals-link-up.html

I'm so glad I found your blog- and today!
I'm your newest follower. I blog about life, DIY, and Foster Care in Charleston.

I'd love for you to link up to my latest post which is all about meeting local bloggers...
http://foryoubylove.blogspot.com/2011/08/locals-link-up.html

Joan, you need to come to our next blogger meet up. I need another non-blonde in the mix :)

I'm new to the Charleston blogging world and I love it! Even more now seeing a little bit of a legacy here.
So great!

Joan, I remember when Michelle and I were in the decision making stage of relocating our family to Charleston, I read Lowcountry Blogs off of the Post and Courier web page daily. I remember when you guys had your initial gathering and read all of the blogs you mentioned. Funny huh, I didn't have a clue I would one day be part of that blogging world.Doug

If there is room for me, I would love to be added to your side bar, too!

Laura - We've had a pretty interesting caste of characters here. I find myself saying "I met him/her through the blog" quite often.

Kim - There you go! You need one with gray hair!

Alison - welcome to the party!

Chassity - we needed some fresh, fun bloggers in town. It is delightful to see.

Oh my! Wow! I haven't seen that picture since it was taken. Look at our world famous Heather being all shy in the back!

I think we need a reunion!

I thought you put me on your blogroll at one point, but maybe not! I've got you on mine. ;) www.charmofcharleston.com

I definitely need to beef up my blog's list with some of the above ladies. I couldn't make the meet-up, but hope to next time!

Sarah - I thought I did too - I'll get it added right now. Meanwhile looking at your post about EVO made me very hungry. I haven't been there for a while.

JanetLee - Can you believe it was 2006? Neat group. I still bump into so many of them.

Joan, can you please send me a higher res version of that photo, I'd like to frame it, too. :) Five years? What a long, strange trip it's been.