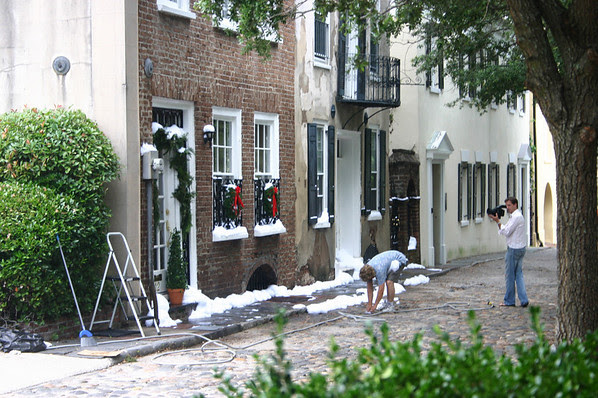 Real snow, fake snow! Sadly in this picture, the most impressive snow is fake. I took it years ago on a lovely warm day. If you look closely you can see the hose. The second picture (below) I took on Saturday morning with just a trace of the real white stuff left.

The fun coincidence is that a gentleman was googling "snow in Charleston" and came across the fake snow scene that I had posted some time ago. He had worked on the set! He explains in comments that they were shooting a Lands End catalog scene. He recognized the camera man from years ago. I love, love, love these fun internet connections.

I have had such a good day. Wow. I have been so overwhelmed lately never feeling like I was finishing up anything. Today the one appointment I had called to cancel, the phone barely rang, email was light and hardly anyone came by my office unexpectedly. Mid day it dawned on me that it was President's Day. What a break. It was like a gift. I actually got some things done. Can we have President's Week? Y'all can take the week off and I can catch up. 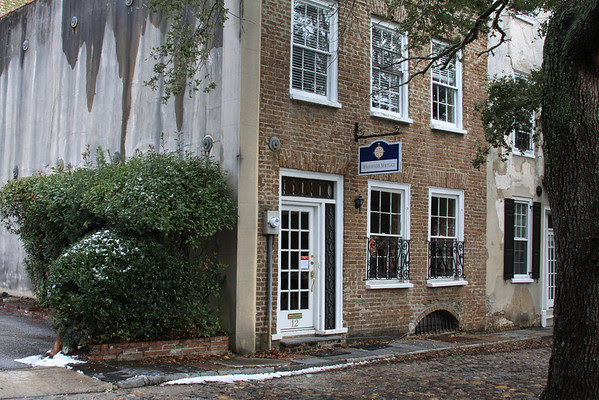 Posted by Charlestonjoan at 5:46 PM

I recently saw something on the tube where they needed snow and it came out of a bag. Go figure.