Almost worth writing a letter

I expect the original Post Office is the building on the right but the current one is just as adorable and I think I could life with the hours. The details below are from W. Lee Tigner Jr., Craftsman of Fine, Reclaimed Heart Pine Furnishings

Pinopolis Post Office: Mr. Ravenel left the house to Miss Elizabeth Ravenel and Miss Margaret Deas Ravenel. Elizabeth was affectionately known to all as Miss Bessie. Miss Bessie lived in the house and was the first Postmaster for the post office, remaining so until her death in 1935. It was a gathering place for the village women in the morning to exchange plans, gossip, news of the latest baby, and things of interest to the ladies of the day. During World War I, it also served as a place for the ladies of Pinopolis to make bandages, knit socks and mufflers, and make other needs for the soldiers. Miss Bessie ran the post office as she wanted, and paid no heed to directives from Washington. Customers were allowed to charge stamps and pay for them when able. She was well respected and as such, likely never lost a penny. In 1975, the United States Post Office Department decided the facilities should be modernized, and the old post office building was put out of service. This beautiful heart pine furnishing was made from wood that was recovered when the building was renovated in 2007. 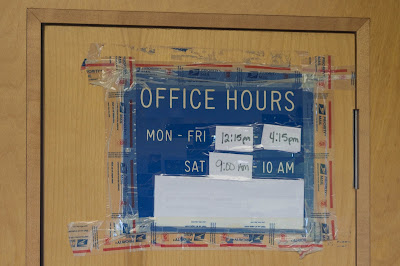 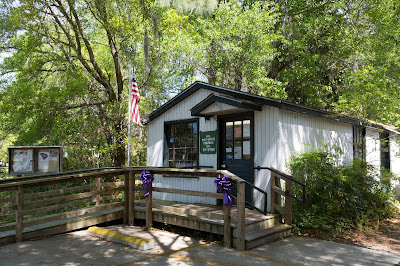 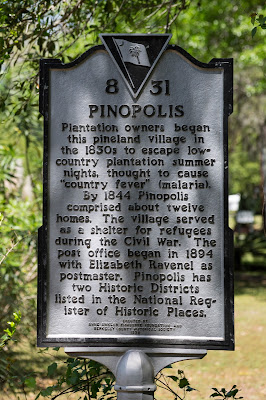 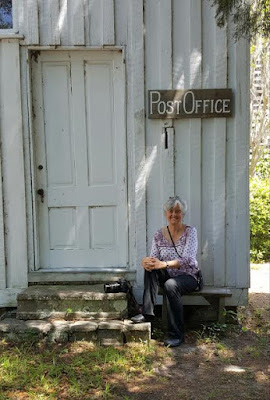 Posted by Charlestonjoan at 9:26 PM

Firstly modernize= complying with the ADA American with disabilities act. See the ramp and wider door. As a contract post office perhaps the hours differ. That sign is terrible, the tape and hand written placards, and the limited hours forces a customer to plan ahead and set in supplies stamps, envelopes etc. Occupy the Post Office- write letters Mail the letters Become a daily customer of the Post Office before it Fades away-- the future of the Post Office country wide is in your hands. Buy stamps write postcards Occupy the clerks and mailhandlers of the nation. Thank you Joan for allowing me to mention the plight of the Postal Worker.

Dear Anon, I see your point but this is a tiny community. All the things you want fixed are the things that make this week personal post office so charming!