We were to get a bright and sunny Saturday and a dreary rainy Sunday for the weekend and my friend Sharon had offered to do a road trip to the Old Sheldon Church ruins so we hit the road on Saturday morning. I've brought you here before but never tire of this beautiful spot. It was a lovely day and the dogwood trees were in full bloom.

Sadly grave markers from this historic spot have recently been stolen. It's hard to understand.

We followed our visit to the church with lunch in Beaufort and the ritual praline stop at the Chocolate Tree on the way out of town. It makes for a perfect day trip.


Old Sheldon Church RuinsSheldon Church has lain in ruin for more than 120 years. Its gable roof, pediment, windows, and interior have disappeared, but the classic simplicity of its design still remains. One of the first Greek-Revival structures built in the United States, Prince William's Parish Church, erected 1745-55, was once one of the most impressive churches in the Province. During the Revolution, the Patriots are believed to have stored gun powder in it. In 1779, when the British General Augustine Prevost invaded the Lowcountry, the church was burned by a detachment which according to tradition, was commanded by the flamboyant local Tory, Andrew Deveaux. Rebuilt in 1826, the church was again burned by Sherman's men in 1865. The ruins are nevertheless a picturesque site from which the visitor can visualize the grandeur of the pre-Revolutionary church. 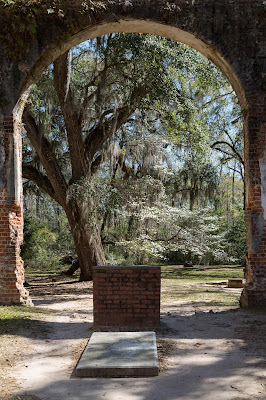 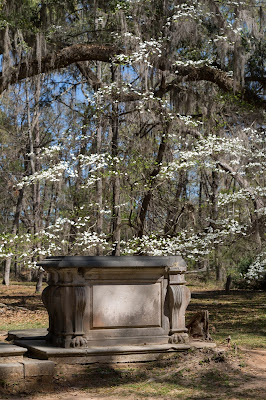 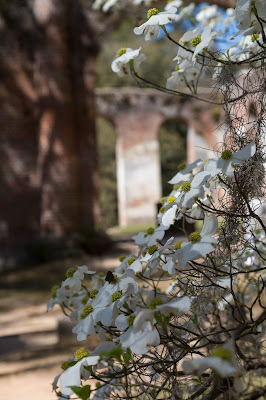 Posted by Charlestonjoan at 8:00 PM

This place is one of my favorite on the planet; it is sacred ground.

How gorgeous! People who desecrate boneyards should be strung up by the thumbs.

War is hell, so it is said.

I don't miss the freezing rain you are having today in Charleston but I do miss just about everything else. While you were showing your nephew around the area, I was treating my daughter (from Charleston) to the joys of the desert here in Yuma. It took a half a day! Haha! I do miss South Carolina so much and enjoyed your pictures the past days so much! Thank you, again, Joan!

Beautiful! I have not been to your blog in ages. I've missed out!