The units in the Fort Sumter Hotel at the tip of the Batter are now condos but the landmark was built in 1924 as a hotel and I always think of this bit of historical scandal story when I am walking that way:

The hotel was the site of a tryst between John F. Kennedy and a Danish woman with connection to the Nazis. On February 6, 1942, just after Kennedy arrived in Charleston for service with naval intelligence, he spent three nights at the Fort Sumter Hotel with a former Miss Denmark, Inga Arvad. The FBI was monitoring Arvad and taped the encounters. The information was then passed to Kennedy's father, Joseph Kennedy, who, in an effort to separate his son from Arvad, had him reassigned to a PT boat in the Pacific, the now famous PT-109. John F. Kennedy remarked, "They shipped my ass out of town to break us up."

In other news, it is Friday night and I've had such a good evening. I grabbed a snack at Caviar & Bananas with friends and went to the Beatles Tribute show with the Charleston Symphony Orchestra at the Sottile theater. It was such a fun concert. The show appeared to be sold out but there is one more performance tomorrow night.

PS: Those glasses of wine are NOT as big as they appear. Hic.

Have a good weekend, kids! 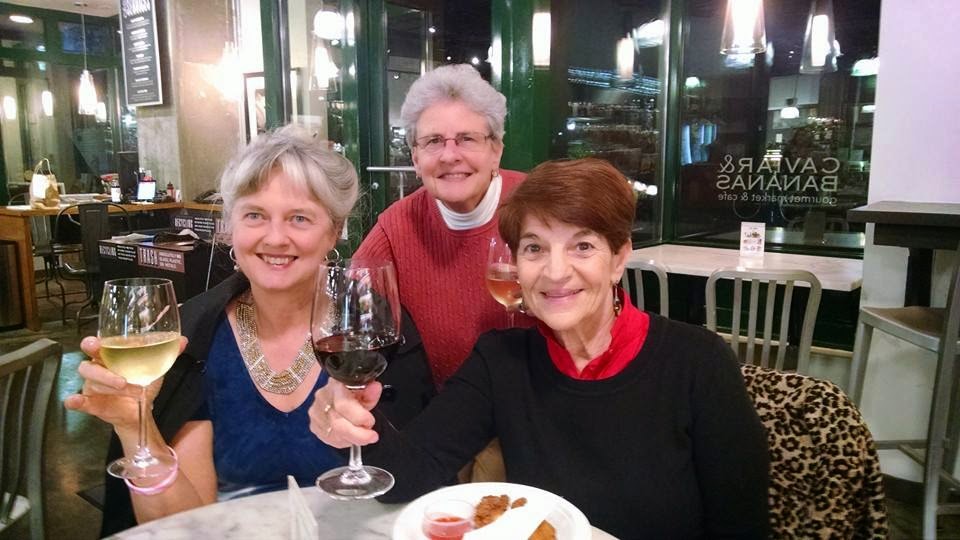 Posted by Charlestonjoan at 11:46 PM

Always enjoy your blog my friend and voted for you in da City Paper... see you this spring at da farm.....

There's information I wouldn't have known. And JFK never got over such bad habits.