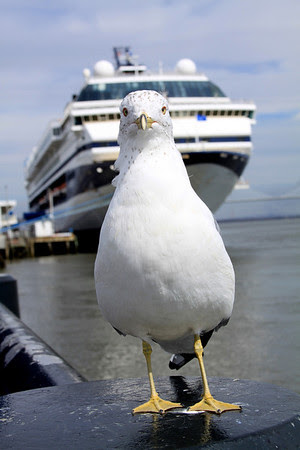 Ugghh. Not sure I'd be wanting to be first back on the ship after so many people got sick on its recent voyage. Charleston was swarming with passengers who had an unexpected day to wander the city while the ship was being cleaned. I knew at least three couples who were on the ship although I haven't heard if they were among the sick.

After a widespread outbreak of stomach illness aboard Celebrity Cruises Mercury sailing from Charleston, South Carolina, the cruise liner will depart a day late as unscheduled deep-cleaning is performed.

The ship arrived in Charleston after an 11-night sailing on which an estimated 419 of the 1,830 passengers on board were afflicted with a suspected Norovirus. Delayed until 5PM Saturday, the ship and cruise terminal are being cleaned in close coordination with the U.S. Centers for Disease Control and Prevention (CDC). 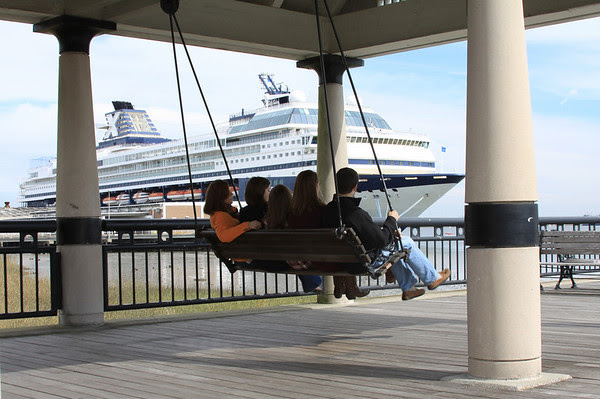 Posted by Charlestonjoan at 7:15 PM

I would have to think long and hard about taking a cruise. This Norovirus stuff has been going on far too long. Of course I have never had any desire to take a cruise to begin with.

Caroline in the City said...

Lucky us to have all these sick tourists roaming around.

Linda - I did the Alaska inner passage way cruise but that was a little different. The only ones that would be of any interest would be the smaller ships on the European rivers.

Caroline - The sickies were on their way home. The folks around today were fresh bait.

That virus is sweeping the southland, it seems. My mother and her husband, who live east of Charlotte, NC have both come down with it in the past two weeks. Wicked stuff, that.