The Charleston Animal Society hosted a Celebrity Chili Cook Off today and it was a huge success. The event was held at the Citadel's Johnson Hagood stadium which was a perfect location with plenty of parking. My friend Bob Rife had rallied a team and the Chef Mark from Roper Hospital was cooking up his special chile recipe so I wanted to dash by and show my support.

When I walked in they were asking for ID before putting bracelets on folks who might want to drink alcohal. I tipped my ball cap to show them my gray hair and said, "I don't need to show ID, right? I don't think people have started wearing gray wigs yet", and then I had to laugh when I spotted the gentleman below in the gray wig. Maybe he was just too young to drink and wanted a beer....heheh.

It was all good timing since my son delivered a couple of pounds of venison today and I promised to come up with a good venison chili recipe. 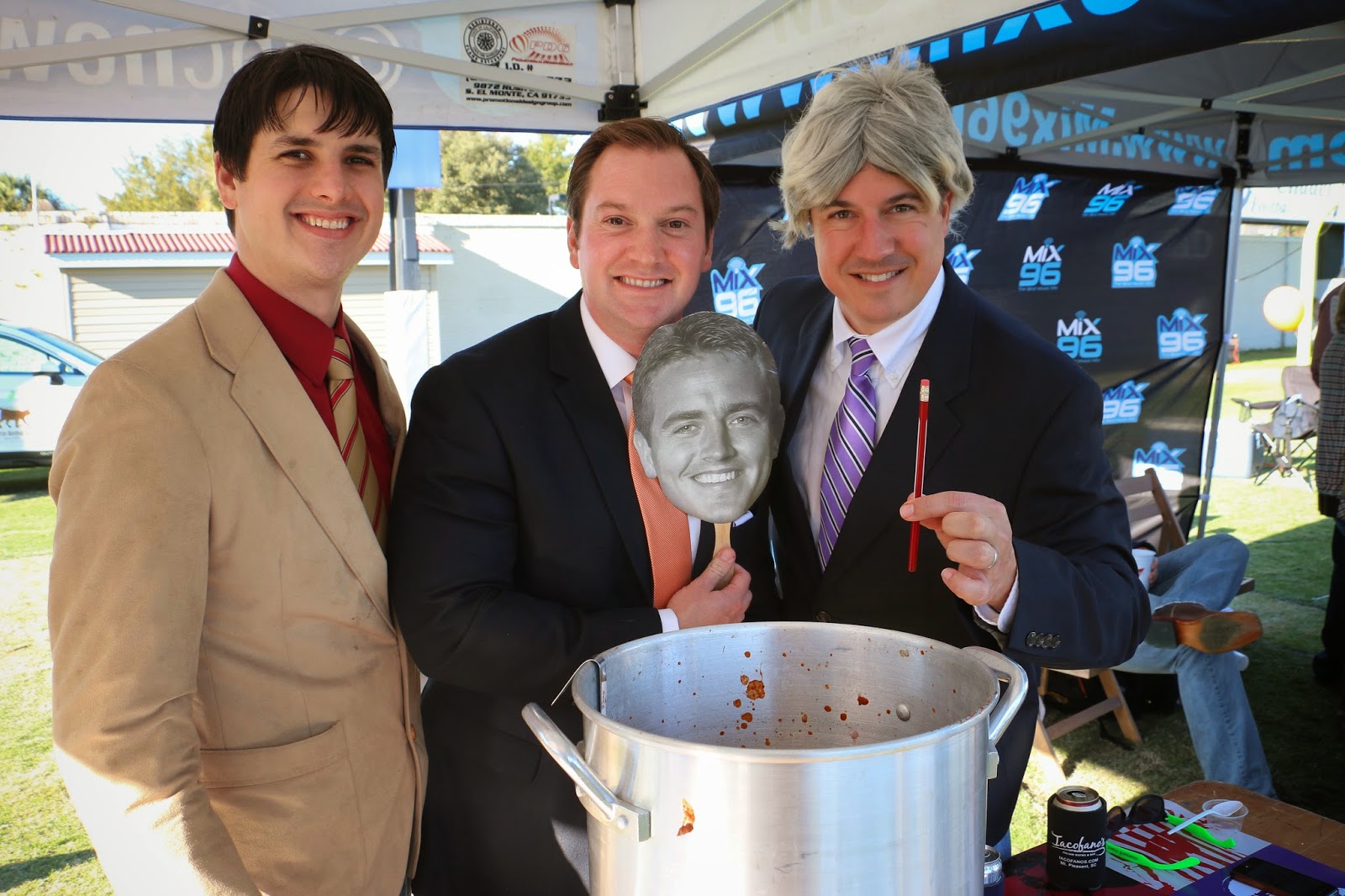 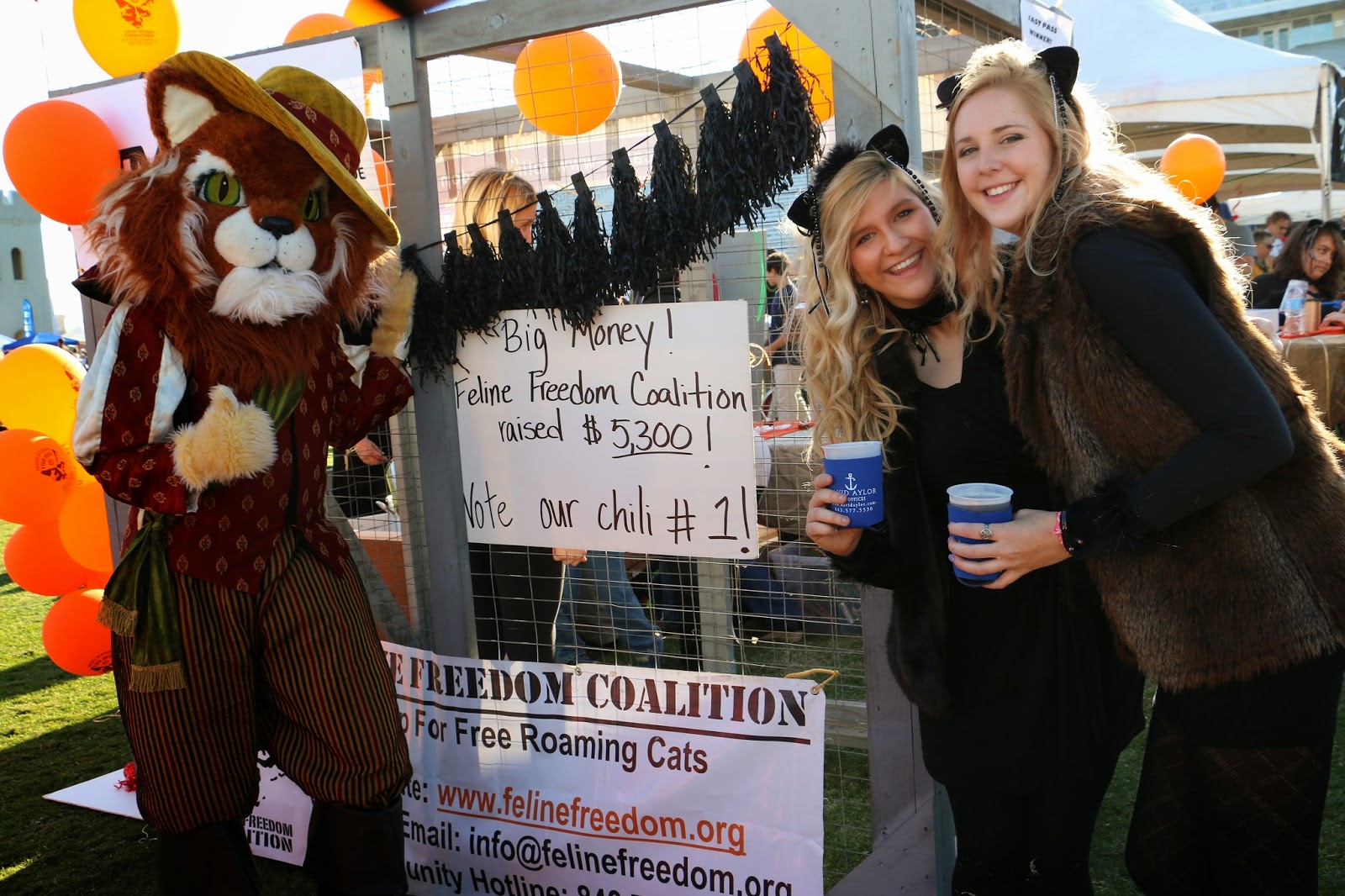 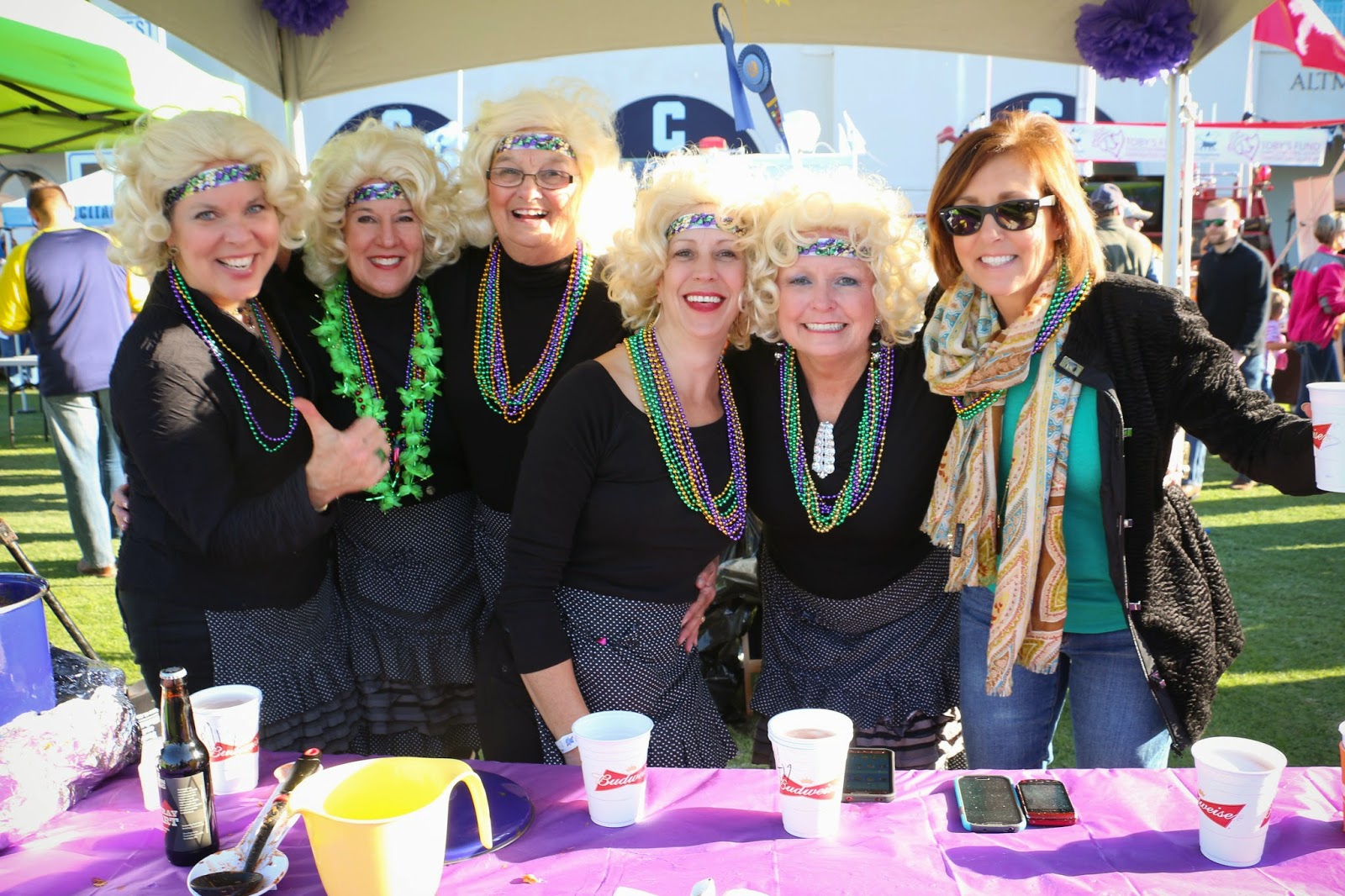 Posted by Charlestonjoan at 6:45 PM

A good cause, and it looks like people are enjoying themselves!

Any event that benefits animals is OK by me! :)

I think they made a lot of money. Clearly they have come up with a successful event.

It was a big hit! Thanks for all your comments William. I appreciate them! Most of my comments seem to come on Facebook now.

The non-profit, Feline Freedom Coalition, for which I volunteer, won a trophy for the most donations! I am so happy. Our volunteers work so hard, and we help so many abused animals. We also have a 20-acre sanctuary in Ravenel where we care for over 200 abused, unwanted animals (not just cats) daily. We also have a small medical facility, and would love to have the College of Charleston's Pre-Vet students help us out. Please find us on Facebook.