Colorful tales of the traveling buoy

In 1970 this adventurous buoy broke free from it's mooring in Port Royal Sound and traveled 6,000 miles - to Scotland! A British ship towed it to port. They charged 1.5 cents per miles to return it to Charleston. It was eventually returned to Port Royal and now sits in the Fraternal Order of Police Memorial Park where its light is kept burning in dedication to all officers who’ve lost their lives in the line of duty.

Another buoy recently took a shorter trip with Hurricane Irma ending up on Hilton Head island. According to the Post & Courier this one just went eight miles and ended up on the beach. 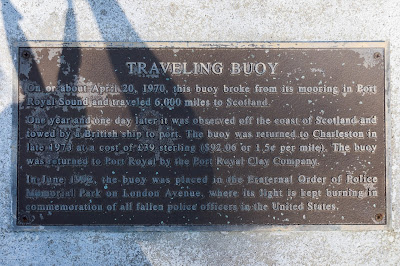 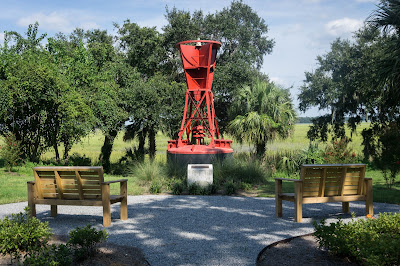 Posted by Charlestonjoan at 11:08 AM