We stopped for lunch in Newberry, SC and looked for the Japanese garden. We found it, a small sweet triangle of peaceful green on a roadside not far from City Hall.


The garden features a Temple, Torri Gate, Moon Bridge and Tea House. The posts of the Tea House originally held up the balcony at the Newberry Opera House prior to renovation of that structure in 1930. The site was totally closed off during World War II because of vandalism for being a Japanese style garden. The Wells Japanese Garden has been a City park since 1970. Reportedly, the Japanese Tea Garden at Golden Gate Park in San Francisco influenced Fulmer Wells when he was studying in California. 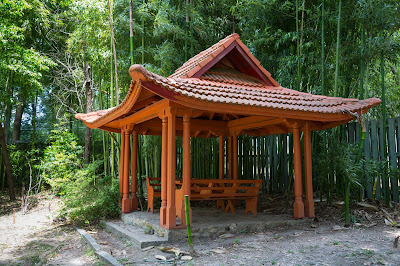 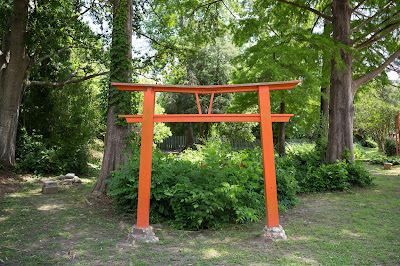 Posted by Charlestonjoan at 9:28 PM

It is. Small and compact but welcome green space