One of the amazing things about Cuba was that things were still there - Spanish statues, Catholic churches, revolutionary signs and Hemingway's home and belongings. All still there. You can have a drink in his favorite bar sitting next to a statue of him, wander the village that Old Man and the Sea was based on and snoop around his old home property looking in the windows. His boat is there and the tombstones for his dogs have been maintained and repainted. Our guide said, "we know he had some problems, but in Cuba, he was relaxed, he was happy and he was our favorite gringo".


Ten miles east of Havana is Hemingway's Cuba house - Finca Vigia, meaning "lookout house". Finca Vigia is located in the small, working-class town of San Francisco de Paula. The Cuban people have always respected famous writer's choice to live in a modest town, amongst the people he fished with. Built in 1886 by a Spanish Architect Miguel Pascual y Baguer, Finca Vigia was purchased by Hemingway in 1940 for a cost of $12,500. There, Hemingway wrote two of his most celebrated novels: For Whom the Bell Tolls and The Old Man and the Sea. A Movable Feast was written there as well. 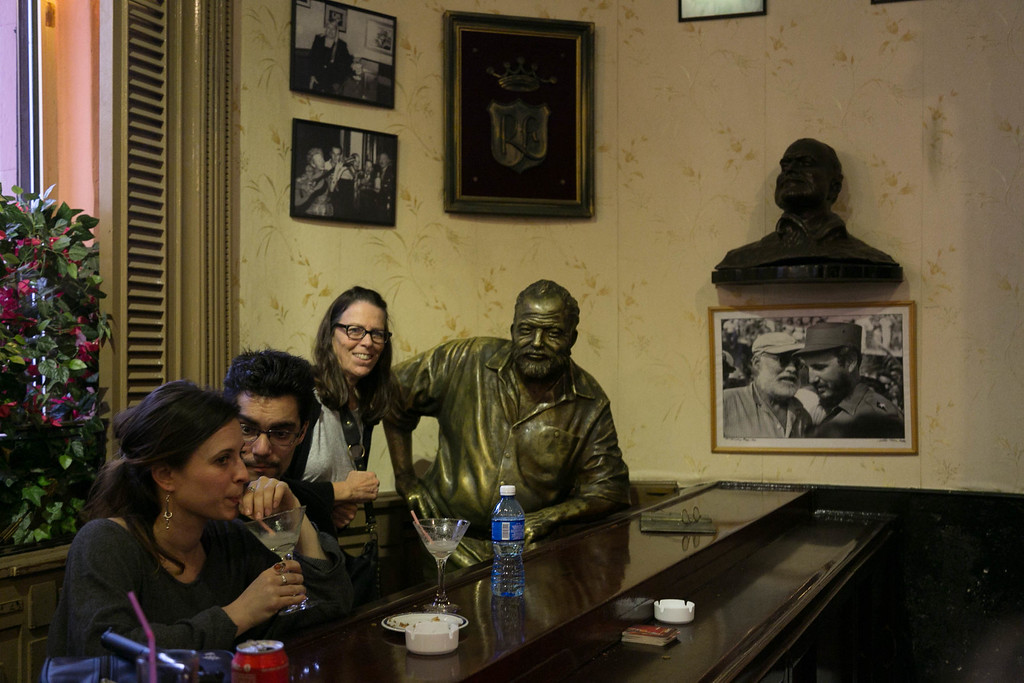 Posted by Charlestonjoan at 10:09 PM

I loved going to Hemingway's old haunts and his "farm." I have some of the same photos, especially the one you posted on the top. I enjoyed climbing the stairs to his studio and looking in awe at his workplace. Wasn't it fun going to Cuba. I think that I enjoyed travelling the interior even more than being in Havana was a real thrill, seeing the majesty of the architecture, which is now crumbling. I do wish with all my heart that those Castro brothers would wake up and free their people, tho!!

A complicated but fascinating man. Michael Palin's travel book following his trail around the world spends a good time in Hemingway's Cuban haunts.

The last image of Ernie so reminds me of a picture I have seen of Jimmy Buffett in his younger days. I wonder if JB posed that way on porpoise. Your blog is such a treat and I for one truly appreciate all your efforts. Thank you.

I think it will happen soon, don't you? Big changes afoot.

He was. I had also visited his Key West home.

Thanks for stopping by!