Leonard Nimoy passed away today. Years ago wandering through a Jewish cemetery, I noticed the hands placed on tombs in the split fingered salute he made famous. It was interesting enough to backtrack to discover that he did it deliberately. Now I look for the hand prints on old tombs in Jewish cemeteries. This particular photo is in the Beth Elohim Cemetery on Coming St.

Leonard Nimoy: His religious upbringing also influenced the characterization of Spock. The character’s split-fingered salute, he often explained, had been his idea: He based it on the kohanic blessing, a manual approximation of the Hebrew letter shin, which is the first letter in Shaddai, one of the Hebrew names for God.

Edit to add: This post is getting some interest so I will add a few more cemetery pictures below and another link. Enjoy!

Kohanim or Cohanim Hands – Priestly Blessing: On Jewish tombstones you will sometimes see a symbol showing two hands arranged for the Priestly Blessing like the example here. This is a symbol of the Kohen or Cohen (Hebrew for priest). The plural form is Kohanim or Cohanim. Kohanim are assumed to be direct male descendants of Aaron, who was the first Kohen and the brother of Moses. Some Jewish surnames frequently associated with this symbol are Conn or Cohn (Kohn), Cahn (Kahn), and Cohen (Kohen), but you will find the symbol on the grave markers of people with other surnames. Today families can sometimes verify a priestly lineage from the tombstones of ancestors that have this symbol.

And yes, Star Trek fans… You’ve probably noticed the similarity between this symbol and the Vulcan hand greeting (“live long and prosper”) used in the TV show and movies. This was suggested by actor Leonard Nimoy (Mr. Spock), who saw the Priestly Blessing in a synagogue when he was a child. He modified it as Vulcans use only one hand. 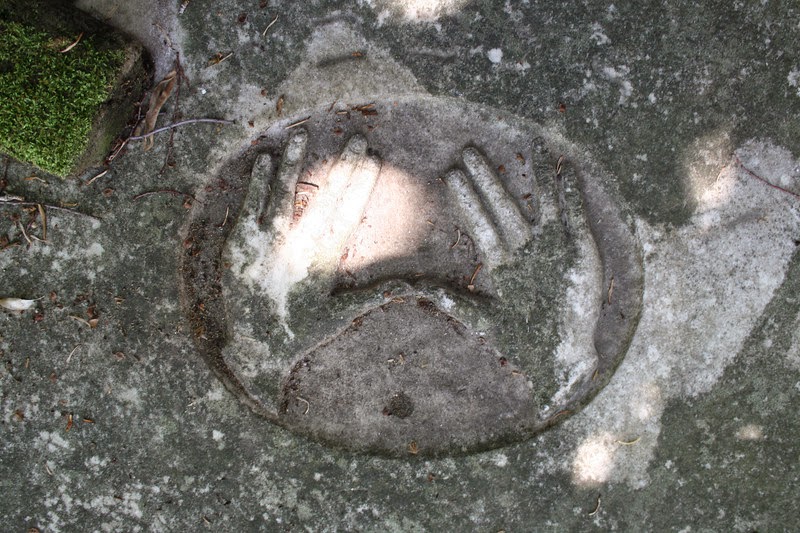 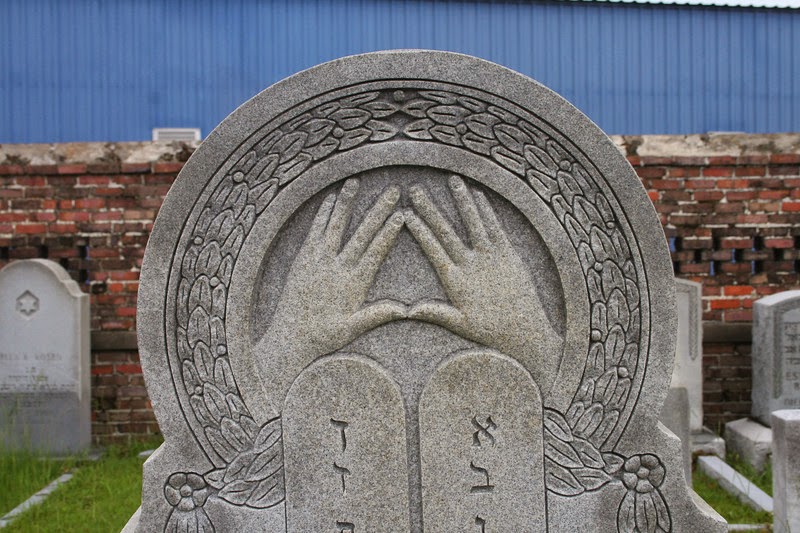 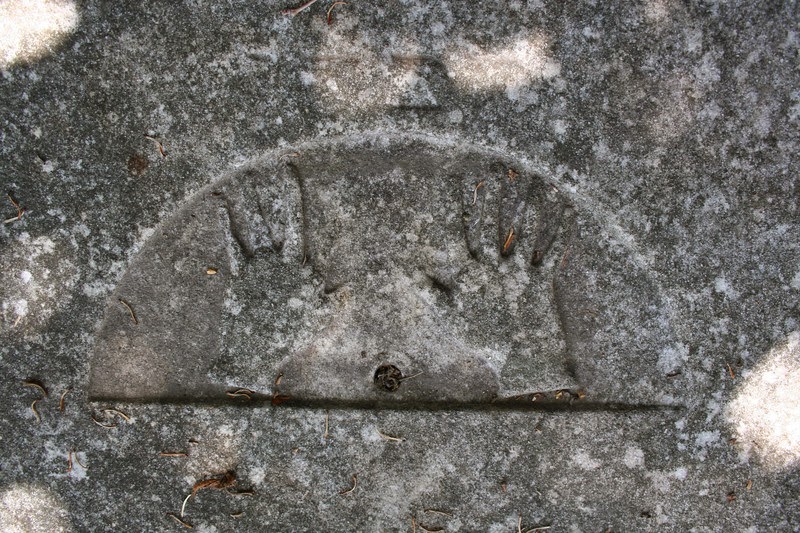 Posted by Charlestonjoan at 11:07 PM

I never knew any of this. Interesting.

Thanks, Joan. Very informative and interesting.

This post just proves what I've known all along.... you are freakin' AWESOME. Thanks for the surprising, educational, and timely info!

Glad y'all enjoyed it! I liked it myself.