I wanted to get to Harold's Cabin while it was still renamed Mel's Cabin in recognition of Melvin Brown - physician and veteran who had been denied membership into the all white Charleston Rifle Club. We were late to the game but the folks sitting at the table in front of the sign, kindly moved so we could take a picture of it. Here's to you Mr. Brown. We want to be in your club!

Post & Courier: Harold’s Cabin, the popular eatery near Hampton Park, might develop a new cocktail named for a beloved regular, Melvin Brown — something involving rum since Brown, an emergency room doctor, is a Navy veteran.
In the meantime, the restaurant changed its name. For a few days only, it was called Mel’s Cabin.
A temporary sign, which was to come down Monday evening, covered the word “Harold’s” and included the phrase “Where all are welcome.”
Why would a neighborhood restaurant take such measures? Because Brown, an African-American, recently was rejected for membership by the all-white Charleston Rifle Club, located about a half-mile north, along the Ashley River, at the base of the peninsula’s “Neck.”

PS: Brunch was delicious and recommended! 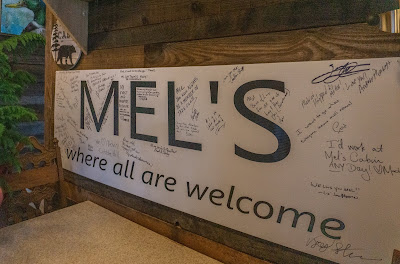 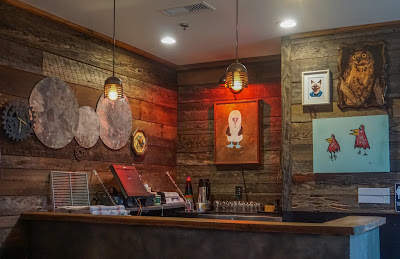 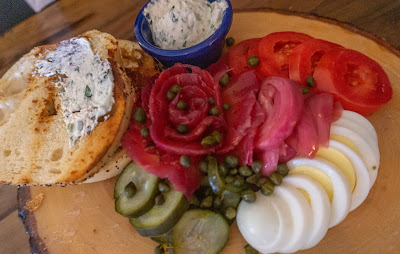 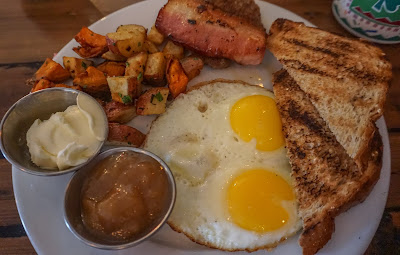 Posted by Charlestonjoan at 2:40 PM