I did a plantation tour in the Georgetown area on Friday. Yep. I took an actual day off to do something fun. Since we were driving up from Charleston we started with the buildings on the south end of Georgetown and the first on our list was the Santee Gun Club.

The more I learn the cooler it is. I had never heard of it before. Sadly they wouldn't let us take pictures inside the building but there were wooden lockers for the individual owner's guns and liquor. Very cool. Definitely worth a trip back since it is now DNR property and open for visits.


From SC Wildlife: In 1898, "Captain" Hugh Garden, a prominent New York attorney, leased the abandoned rice fields and marshes on Cedar and Murphy islands at the mouth of the South Santee River. Garden, originally from Sumter and descended from the famous botanist Alexander Garden of Charleston, had contacts among the rich and famous from New England to Savannah. Garden established the Santee Gun Club, and the roster quickly filled with some of the most well-heeled duck hunters in the eastern United States. Over the years, the club's land holdings continued to grow, eventually reaching 24,000 acres, including a significant tract on the mainland. In 1974, the club transferred all its land to The Nature Conservancy, which in turn, transferred the bulk of the property to the DNR. The Nature Conservancy retained ownership of the 1,040-acre Washo Reserve, a significant wading bird rookery, and the DNR manages the remainder of the property to provide habitat for an impressive assortment of wildlife - including many rare, threatened and endangered species - and to provide recreational opportunities for the public. 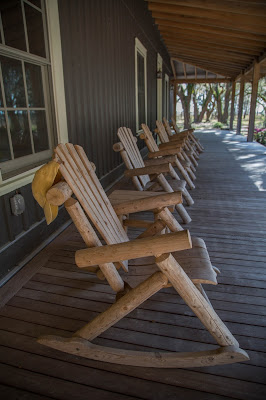 Posted by Charlestonjoan at 8:48 PM