Bluestein's Menswear is such a striking building standing out with it's signature blue brick design it stands out even on a dreary day like today. It is closing as a menswear store after 134 years in business. I hope it is reincarnated into something cool.


CHARLESTON, S.C. (WCIV): Another long-time Charleston business will soon hang up its hat. Bluestein's on King Street will close early next year after 134 years selling menswear. “It was started by my great-grandmother in 1883,” said Nicky Bluestein, who took over the family business in the 1960s. In 1987—a fire destroyed the building, along with old photos and keepsakes. Years later, Bluestein said a contractor found a handful of the original brick in the signature blue. “He said it’s got to belong to you and he brought me the four bricks,” he said. “I have four boys, I gave each of them a brick and I kept this one here.” 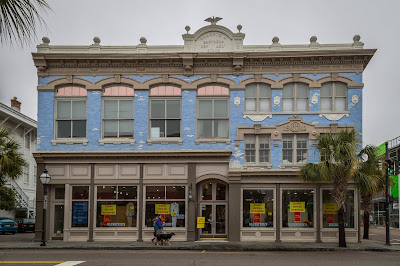 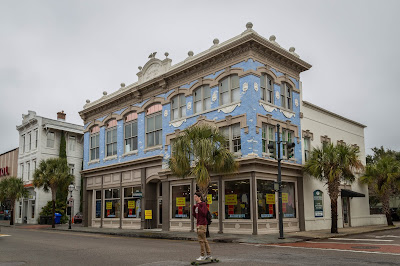 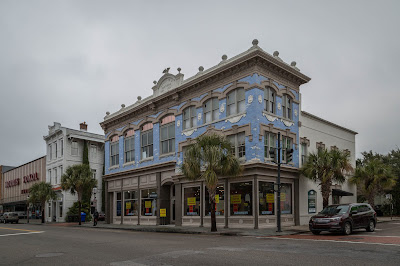 Posted by Charlestonjoan at 1:06 PM