I came home to the sad news that Read Brothers was to be closed due to structural concerns. I am not surprised but I am heart broken. Read Brothers sold everything from fabric to stereo systems and everyone has a story about the story. What sadness.

I remembered that my friend and author Josephine Humphreys had included Read Brothers in her essay on Charleston for the Smithsonian magazine. Click here to read the entire essay and fall in love with Charleston all over again: My Kind of Town.


Read Brothers is the strangest store you'll ever see, a big red-brick, creaky-floored building stocked primarily with fabric but also with used books, vintage toys, folding paper fans, long johns, foam rubber and high-end stereo equipment. I like to drop in periodically to get inspired by the wacky plenitude. Evidently, the movie director was similarly inspired when he chose the store as a setting. Whether the scene was action or romance didn't matter; Read Brothers looks like a place where anything could happen. The line between then and now is thin. Some of that merchandise has been on the shelves for decades. I asked the owner, Marianne Read, what the oldest item in the store was, and without missing a beat she reached into a basket on the counter and grabbed a card of hairpins, "Victory Bobbies," vintage World War II. I bought them for a dollar and asked if I'd gotten the last set. "Oh, no," she said. "We have cartons and cartons in the storeroom."
It was reassuring to think of those extra cartons, surely an eternal supply. I realized that Read Brothers mirrors my image of Charleston itself: a place packed with oddities and treasures that will never be depleted. Or maybe I was really thinking about my own self, desperately hoping my brain will prove to be similarly provisioned for the future. But just as I was leaving Read Brothers I noticed that the stock of merchandise on the main floor seemed a little thinner than it used to be. In a corner where once my childhood friend Pat and I used to select fabric for our dance recital costumes, choosing from shelves and shelves of bright tulle and satin, now the supply of the spangliest and glitteriest had dwindled to a dozen or so bolts. I pretended not to see that. I want Read Brothers to live forever. 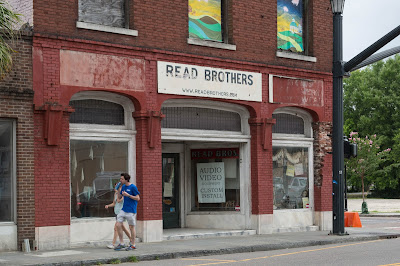 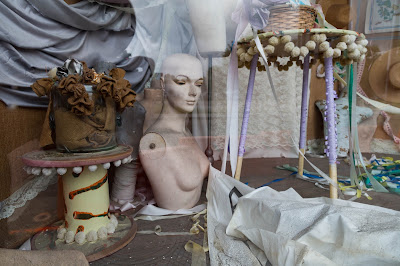 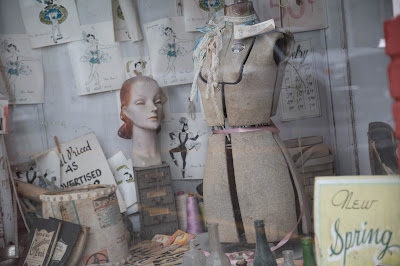 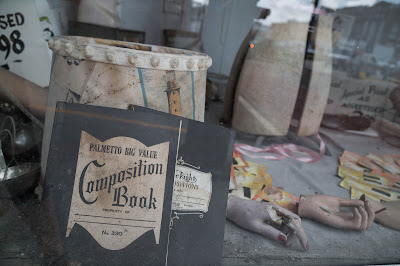 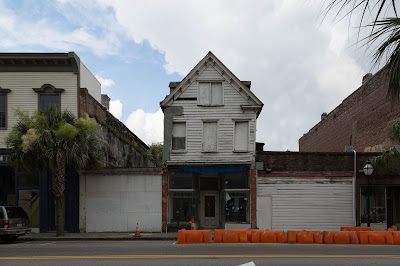 Posted by Charlestonjoan at 9:22 PM