Finally a Confederate statue that makes me grin with glee! It is a blooper. In front of the courthouse in Kingstree, SC is a statue honoring Confederate soldiers. There is a tiny discrepancy. The statue is that of a Yankee. The mistake is so delicious I had to get a picture for myself. Meanwhile no one seems to mind and the standard inscription honors Confederate soldiers.


KINGSTREE, SC — Around the turn of the 20th century, as veterans of the Civil War began dying off at a frightful rate, there was a burst of activity, both in South and North, to erect monuments to honor their dead and their veterans.
Williamsburg County was no exception, and May 10, 1910 was the great day of the unveiling of the Confederate soldier’s statue by the Courthouse in Kingstree. The statue was a result of much effort by the United Daughters of the Confederacy, who had raised the funds by holding many ice cream socials and strawberry festivals, and hired a noted Italian sculptor to create the monument.
According to local historian Bessie Swann Britton, there was a gasp of astonishment as the statue was unveiled and the crowd realized that it was the image of a Yankee soldier.As it turns out, the sculptor had mass produced many statues for towns all across the country, and he had switched the Kingstree statue with one intended for a Union memorial in York, Maine.
In York, the error was discovered before the unveiling ceremony, but the frugal New Englanders refused to pay for a second statue, and they went ahead to erect the Confederate statue in the center of town.
At the time, neither town knew where their intended statue had gone. Today, both statues remain in place, perhaps due to the cost of rectification, or maybe as a symbol that it’s time to let bygones be bygones.
The story is told, perhaps apocryphal, of a Confederate veteran who was present at the Kingstree unveiling, but had been imbibing freely ahead of time. When the statue was uncovered and he saw a Yankee soldier on the pedestal, he raised his arms into the air and cried, “Grant, I surrender!” before pitching forward into a ‘shine’ induced slumber.Posted by Brock Townsend at Thursday, February 06, 2014 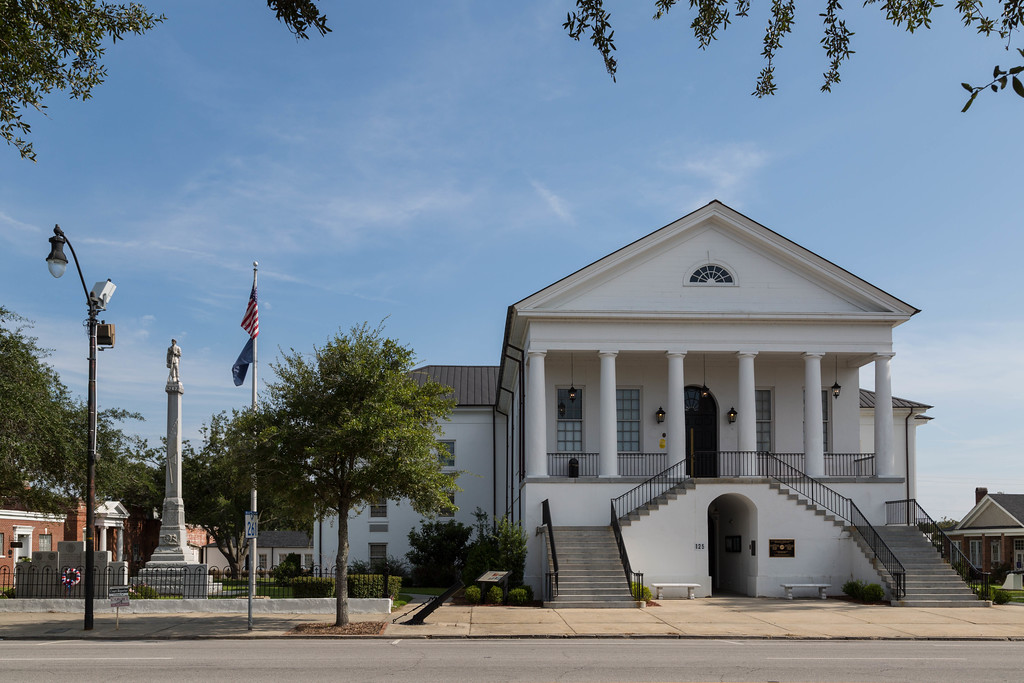 Posted by Charlestonjoan at 9:04 PM