On the road - making a wish on a baby's behind

One of the first stops on the way into Havana from the airport was a quick tour of the Christopher Columbus Cemetery dating back to 1698. I could have spent the week there and been content but I ran around skipping the narrated tour to see as much as I could.

Now that I am home, I have been backtracking to read and learn about what I missed listening to. The guide said that wishes would be granted if you clanked the metal ring on the tomb three times, rubbed the baby's behind, walked around the tomb and clanked the ring on the opposite side. So many wishes had been granted that the space behind the tomb was filled with tokens of gratitude. Sadly I still didn't win the lottery.


City of the Dead Holds History of Havana: A much frequented spot, elevated almost to shrine status, is the burial place of Amelia Goyri de Adot, who died in childbirth in 1901. The infant, who also died, was buried at his mother's feet. Her husband commissioned a sculpture to commemorate Amelia's death, featuring her likeness leaning on a cross, holding her child.
According to legend, when the bodies were disinterred - after two years bodies are usually removed to make room for new corpses - the infant had allegedly moved from her feet to her chest. Skeptics say the shift might have occurred as a result of settling. Believers say it was a miracle.
Somehow, this story has come to symbolize a mother's mystical gift for intercession on behalf of children.
Some say you will have luck if you rub the baby's bottom; other's say if you touch her skirt. Still others are trying to figure out how the death of a mother and child can be interpreted as lucky. 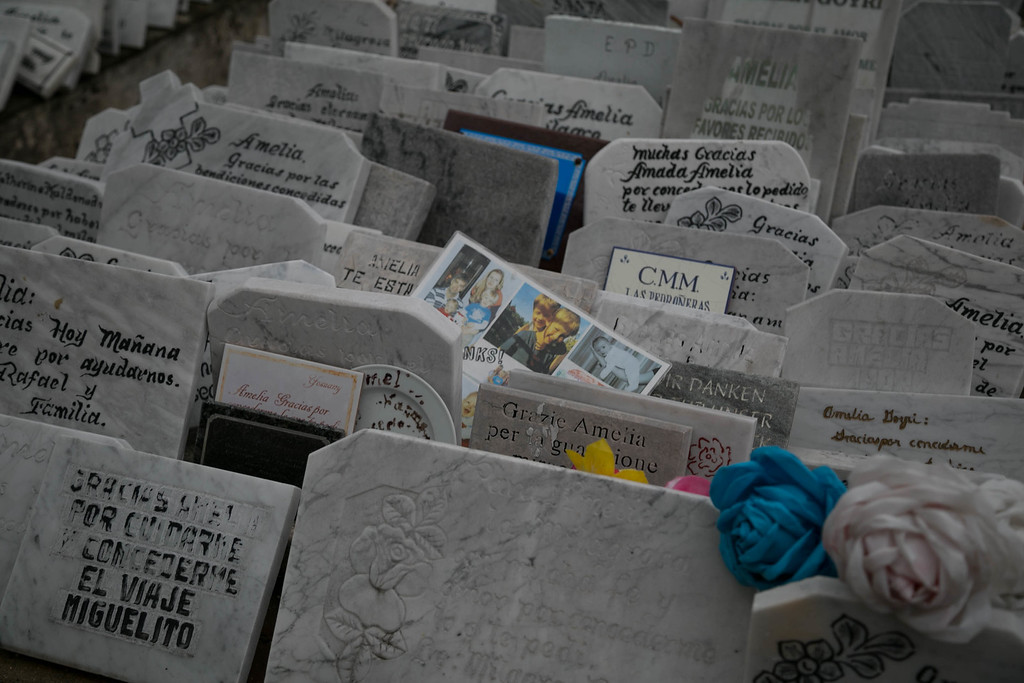 Posted by Charlestonjoan at 8:32 PM

Interesting story, and quite a striking tomb!