It has been a chilly weekend but the sun has had it's moments. At least we don't have snow like the rest of the country. 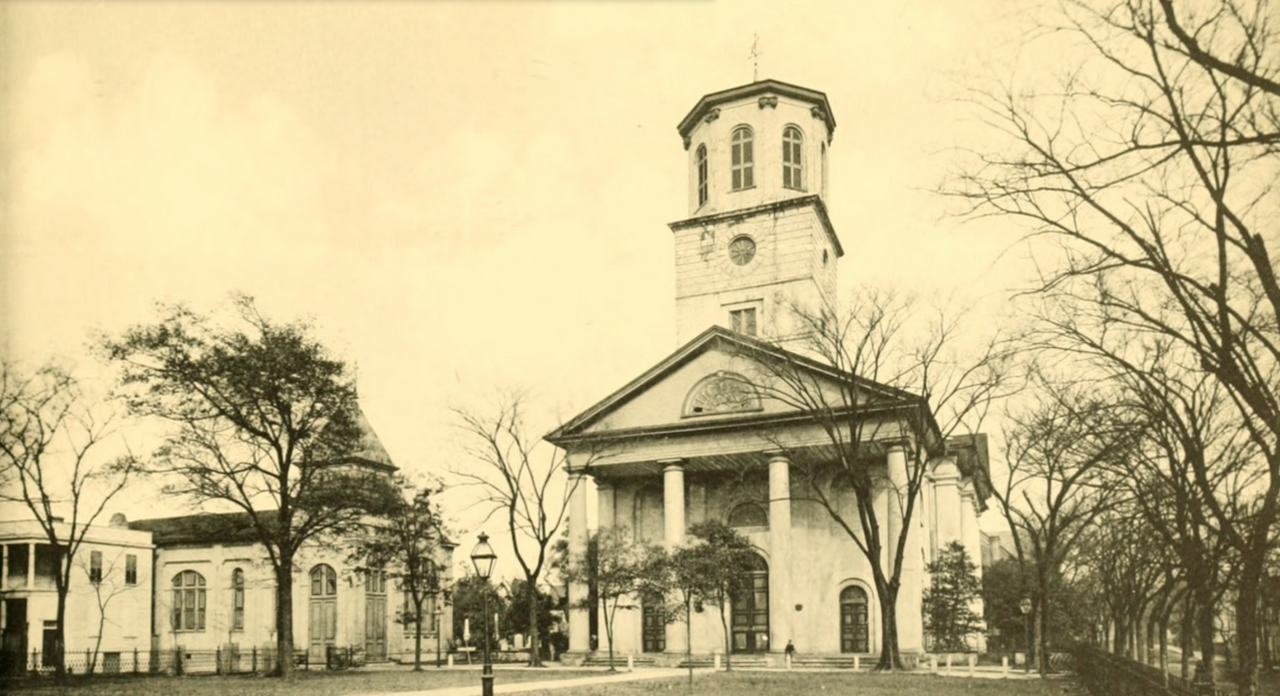 This is the Second Presbyterian Church in a photo taken in 1892. Look how the avenue of oak trees has grown and filled in over Wragg Square. It is a beautiful park and the foliage can make it difficult to get a good picture of the church.


The church, built in the Jeffersonian style is the fourth oldest church structure in the city. The brothers James and John Gordon were both the buildings and the architects. The church's steeple was not completed due to structural issues that developed in its tower. The church bell was given to the Confederacy in 1862 for use as cannon metal. Before the Civil War, the galleries were used by the church's more than 200 black members. The sanctuary was completely renovated after a fire in 1959. Situated on one of the highest points in the city, the church appeared on mariners' maps as "Flynn's Church," so called after the first pastor.

Posted by Charlestonjoan at 8:09 PM

I remember walking by this church after Hugo and seeing quite a bit of damage, much of it probably from some of those oaks.