The little used bikeway path near my house is the red headed-stepchild of the West Ashley Greenway. It meanders through some sketchy neighborhoods and I didn't pass anyone else when I followed it to the end on Sunday morning. The Rails to Trails Conservancy site has some pretty sad comments about our scrappy green space. I had heard that a dock was being constructed and thought I would check it out and report back to my audience who I am certain is waiting on pins and needles.

Apparently they don't want me snooping around the area during construction.  Hmmmph. "Gotcha Babe", "Smile, Your Picture Has Already Been Taken Twice" signs threatened me if I went further and I'm not sure my hair was styled well enough to photographed more than twice in one morning. So, hang tight. Updates to follow.

In case anyone is interested, the walk to the end of the bikeway and back to my house is 7,006 steps. I am slightly addicted to the stepcounter on my cell phone.

Meanwhile, here are some prettier pictures. My sister Barbra in Canada sent me this link to a travel blog that friends of hers wrote after their trip down our coast. It sounds like they liked Beautiful Beaufort by the Sea. 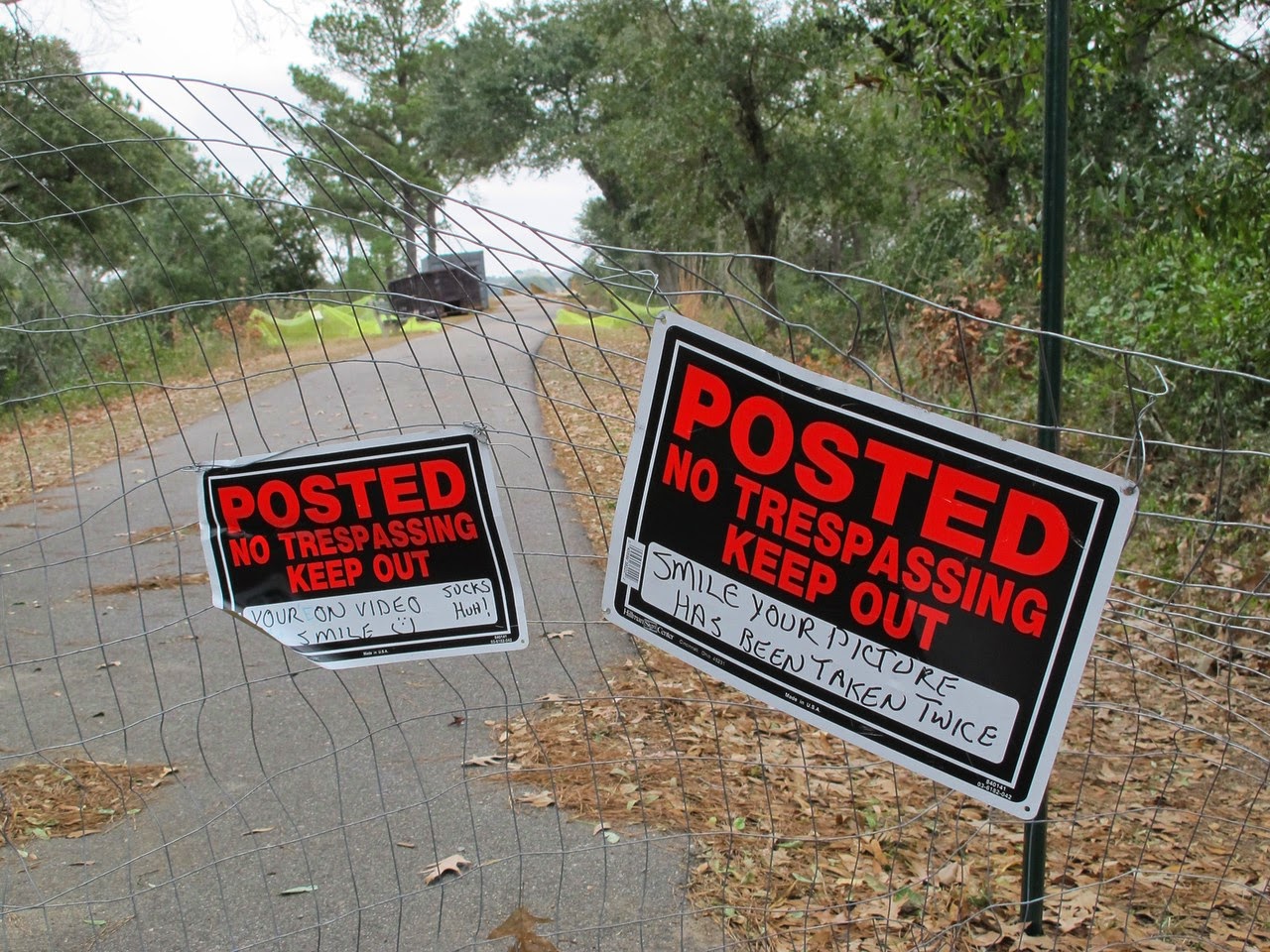 Posted by Charlestonjoan at 10:23 PM

I keep hearing that the end at the Ashley River is going to be developed with dock and full park. I hope so. But you are right, parts of it can be extremely sketchy.

It's one thing to post those signs to keep people out during work. The handwritten additions come across as condescending.

I think signs like that are just a temptation.

Michael, I was trying to confirm that and it looks like it is true. My only complaint is that I have to cross hwy 61 to get to it. It does rather ruin a walk in the woods.

It was very much so. I hope you are proud of me for resisting.

Liability I am sure. They don't want people messing with a construction site.