What a treasure trove of vintage medical memorabilia the Pitt St. Pharmacy is! It is like a museum. People often bring me things they can't bear to throw out. I'd love to have a display case like this at the hospital. What a quaint pharmacy this is. You can still get a milkshake and grilled cheese at the soda fountain.

Pitt St. Pharmacy: Washington "Wattie" Ziegler, RPh opened the Pharmacy in 1938 at 121 Pitt Street.  In 1951, the Pharmacy was moved a few doors down to its present location.  Dr. Ziegler died in 1982.  He left the store to his wife, Della, Gene Whitley, RPh and Lavern James, RPh.  Their commitment to the pharmacy lasted generations as Gene and Lavern worked here for 37 and 32 years respectively while Della continues to work here with over 50 years of service.

Throughout the years, scores of Mt. Pleasant children and teenagers have carved their name in the old black soda fountain counter, taking with them wonderful memories in return.  There is plenty about the Pitt Street Pharmacy worth remembering.  It's the kind of place where time seems to move at a slower pace, and people have time to be friendlier. 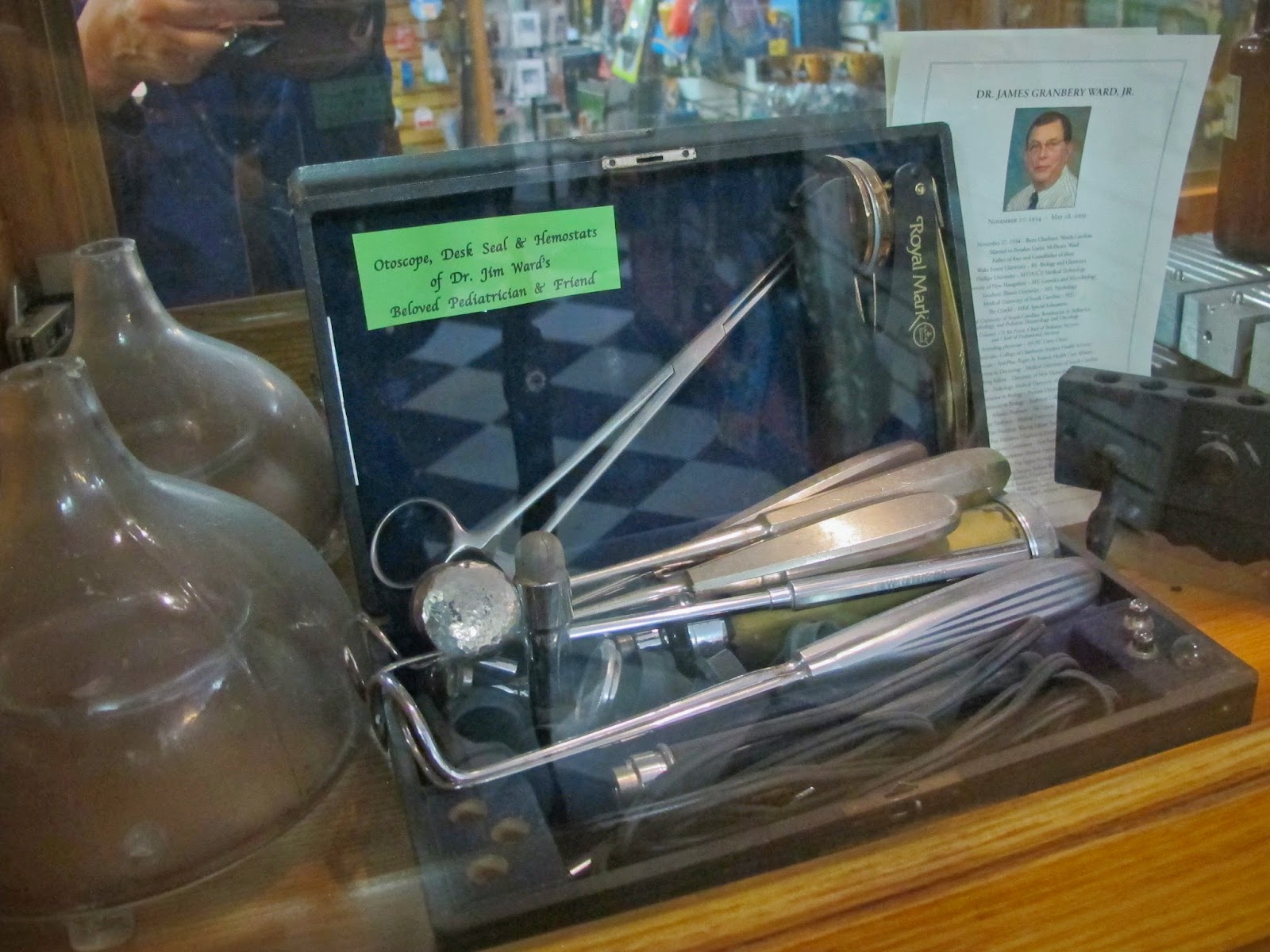 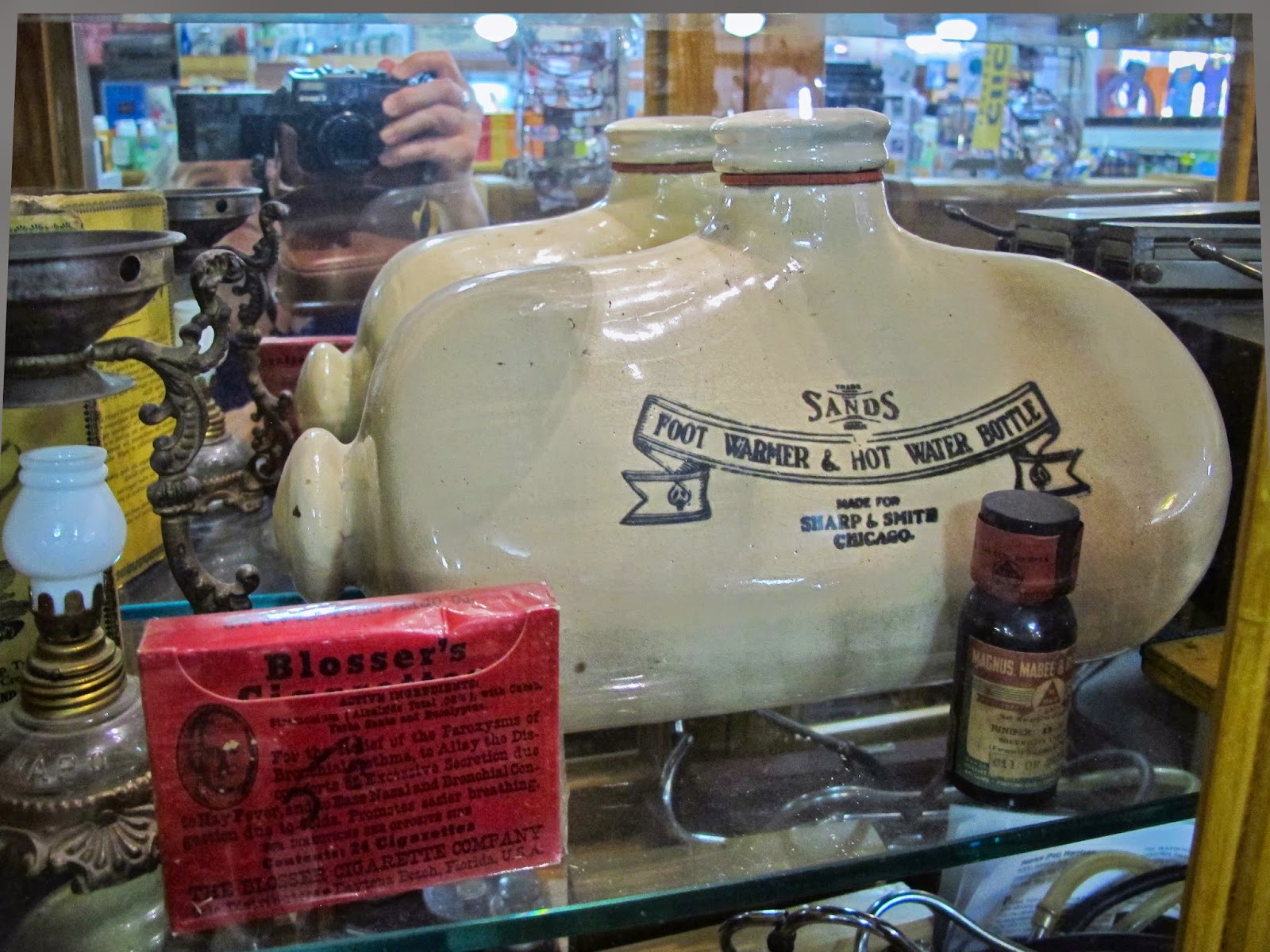 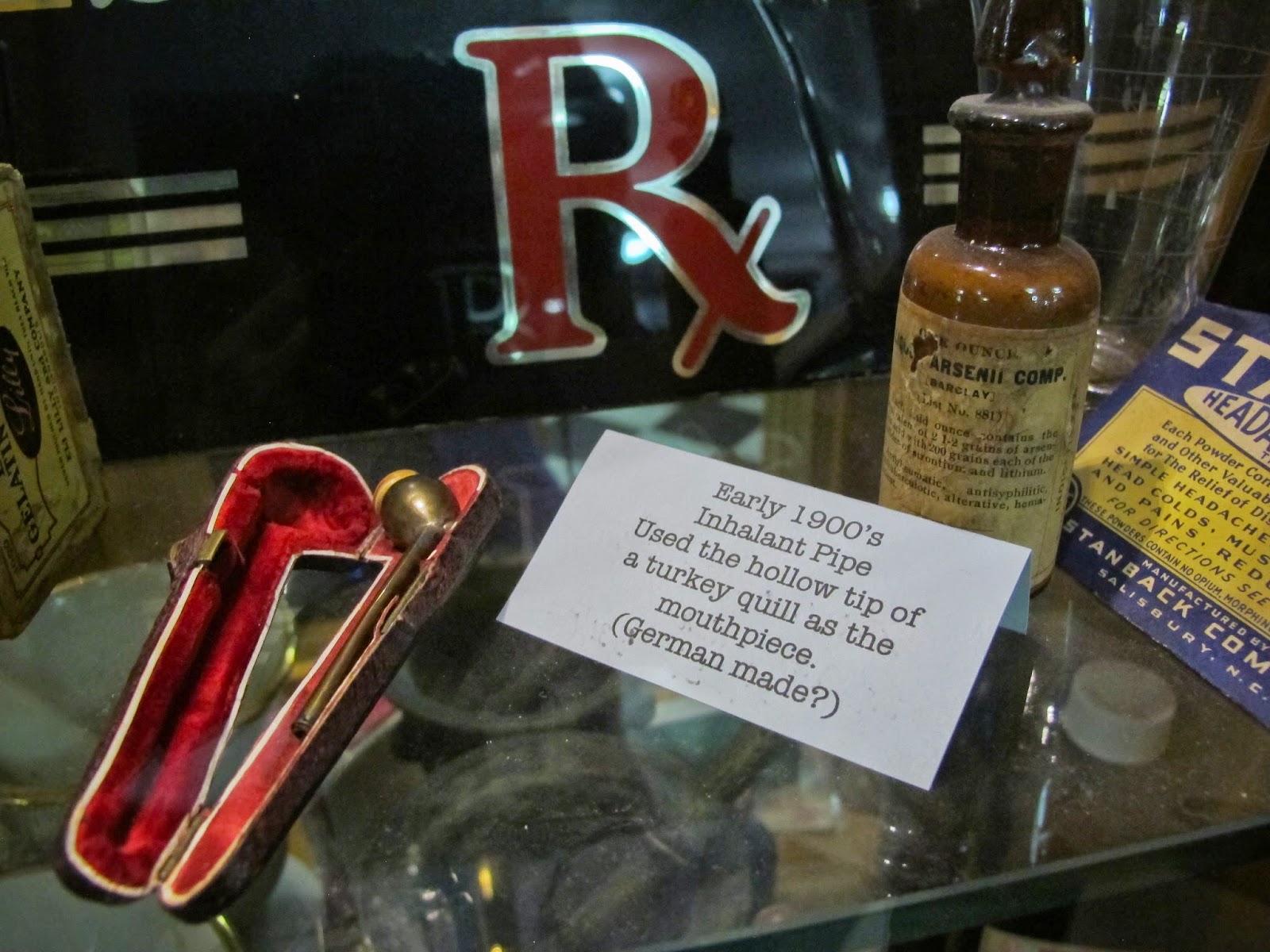 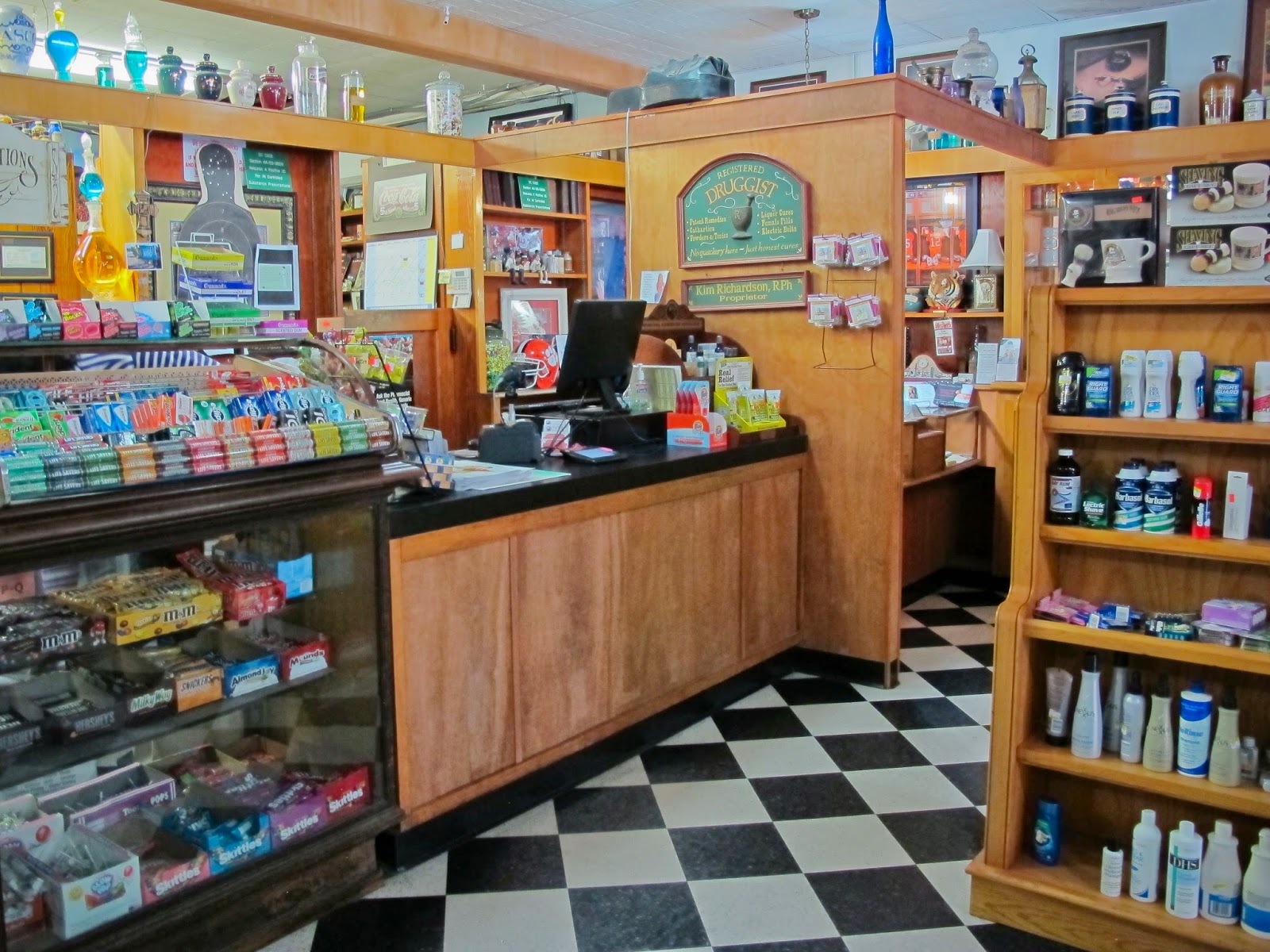 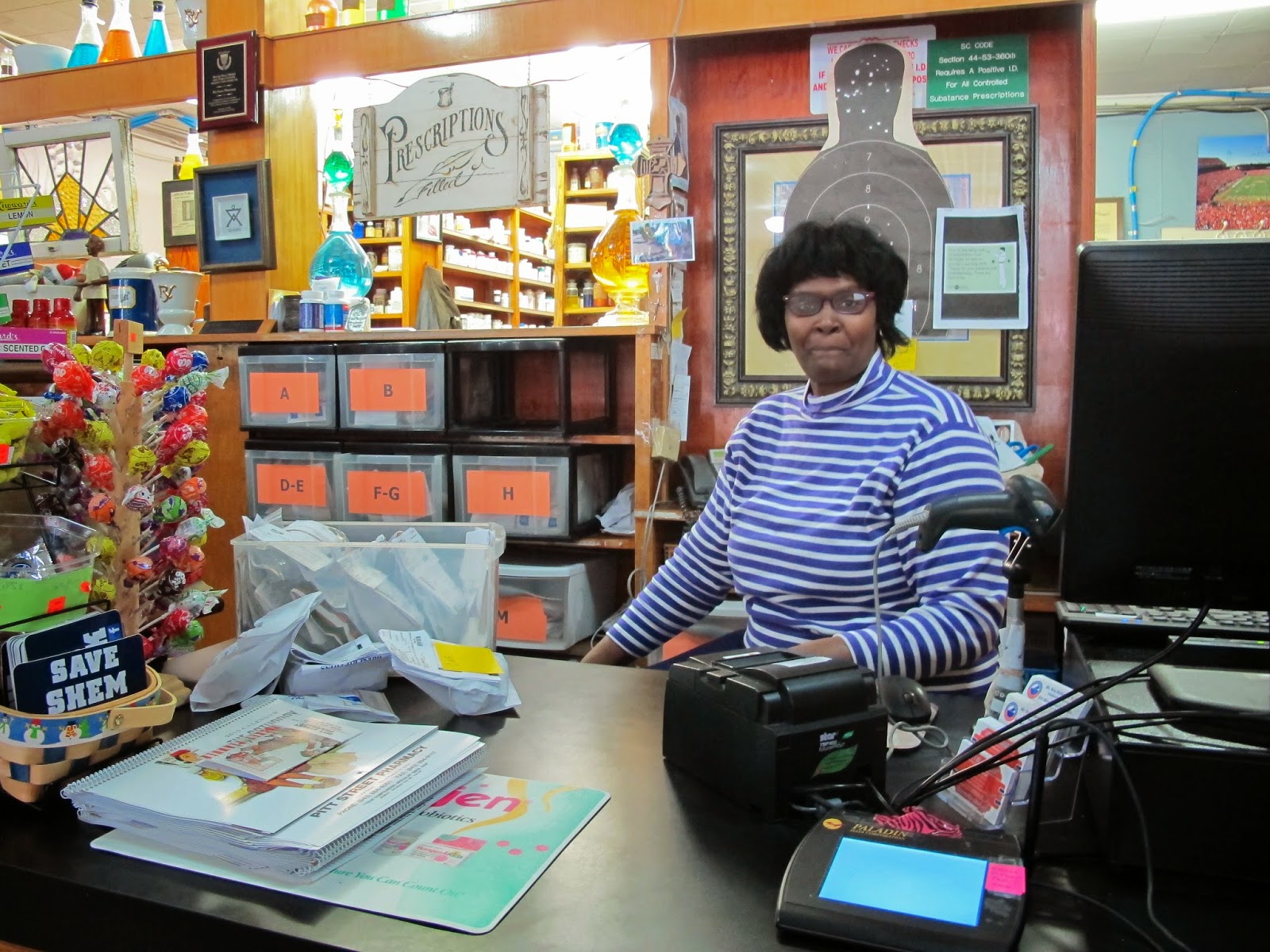 Posted by Charlestonjoan at 9:06 PM

Very retro indeed! Today a pharmacy being built has none of the charm.

Right. Every new drug store is part of a big chain with corporate rules. No personality. Sad.

They really had quite a collection.